From the not-so-mean-streets of Yorba Linda, California, comes transition rider extraordinaire: Pat Casey. Most often seen in his Dreamyard—the epic ramp and set of trails that’s in his backyard—Pat’s daily sessions are on a level that few will ever touch. And really, the backyard sessions are where Pat started. At the tender age of 12, his dad built him a six-foot-tall mini ramp that he simply had to grow into. By the age of 14, word was getting around of this kid that could roast big airs and had a huge bag of tricks, too. By 16, Pat was officially a pro and had joined the next generation of riders who were pushing what was possible. At 18, he bought a house of his own and quickly broke ground on what’s now known as the Dreamyard.

Along the way, Pat has stomped more than a few “never been done” tricks, including a double decade and a backflip decade, but ironically, most of Pat’s innovative riding involves him going backward. Only a handful of dirt/park riders even ride a freecoaster, but Pat has been an absolute innovator when it comes to doing tricks to fakie and while riding fakie. Casual 540 whips over spines, 180 double whips—you may even see Pat try to 180 whip the final jump in a dirt event. Pat can fire out fakie front flips, fakie double whips, fakie full cab whips, and is the only person to do a fakie cashroll. I know that’s hard to follow, but just go watch Pat’s latest Dreamyard video. Pat has stacked wins across the world, but you’ll find him most comfortable on his home turf with his family, especially getting to session with his oldest son (and future beast) Reid, on a daily basis. 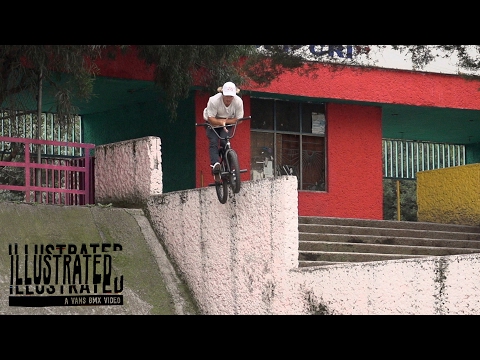